🐍 Custom set up of keras and TensorFlow for R and Python

About a month ago RStudio published on CRAN a nice package keras. This package is an interface to a famous library keras, a high-level neural networks API written in Python for using TensorFlow, CNTK, or Theano. In this post, the focus is on TensorFlow, as default backend engine developed by Google. 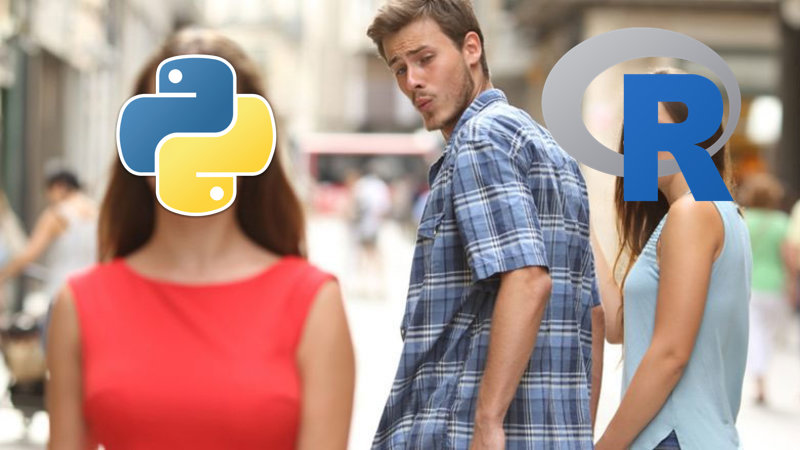 Even though RStudio is not the first who developed such an interface (see kerasR), they usually build robust and stable tools and software. Official documentation shows a pretty straight-forward way how to install and use the package. However, the installation procedure assumes to use Python 2.7 (default Python on macOS). As long as I also use Python and prefer to use 3.6 I decided to write a little guide for installation all the data science tools related to Python.

I assume that the user has a macOS system and preinstalled gcc (GNU Compiler Collection). During its first start RStudio propose to install gcc. To check if it is installed simply type in terminal

which should return a version or command not found otherwise. No other prerequisites are needed.

should be installed. No worries if you are not very familiar what’s that. Simply execute this command in Terminal:

Then, we need to place Homebrew directory at the top of PATH environment variable. Wait, what?! OK, just execute this command to open command line text-editor nano

and paste this line export PATH=/usr/local/bin:$PATH. Close and open Terminal or execute

to make these changes active. Finally, actually install Python 3 by:

which should return a version of Python. Nice thing that Homebrew installs pip3 (a package manager for Python libraries) automatically.

It is also as simple as installing TensorFlow:

should do the trick.

I am addicted to sweet RStudio IDE. I had several attempts of trying Python, but I was always disappointed and pissed off by ugly IDE. Until I discovered Rodeo. Alright, maybe it’s a bit buggy, but at least it does not look like Windows XP-ish retired lady Spyder. Guys, let’s have a bit of a taste

The easiest way to install Rodeo is to download and install it from .dmg file. During the first start-up Rodeo probably will ask to install several required packages. Since we did not install Anaconda distribution, we need to do it manually:

Then, Rodeo will ask to specify Python command. It is enough to insert python3 to the input box.

There should not be any problems to install the package by a standard way from CRAN:

Standard installation procedure assumes, then, install Keras and TensorFlow by install_keras(). However, we have already installed these guys in conjunction with Python 3. Instead, we use alternative way of installation suggested by this page, i.e. locate TensorFlow and Python. Type

to specify a path to Python 3 (if you are not sure about this path, you can always check it out by executing in Terminal which python3). Restart RStudio. Load keras library and get your hands dirty. Voilà! Unless you screwed up somewhere (which is usually the case for me), everything should work nicely.